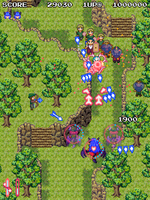 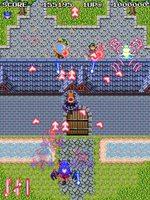 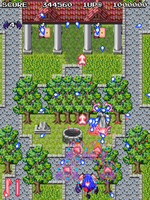 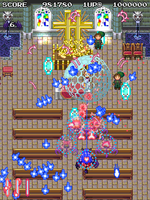 Stage 3 is here. After the Stage 2 boss fell to the heroine's charm, he told her about the escaped villagers taking refuge in the village chapel. Fight through the chapel and uncover the secret entrance to the underground monster labs.

This stage is thick with enemy cover, from which enemies will often attack your flank. Priests fire dense bullet clouds from their protective orbs, which can pick up defeated enemies to boost their attack power.

The stage is fully playable but is still undergoing visual polishing.

Fantasy bullet battle to save monstergirls