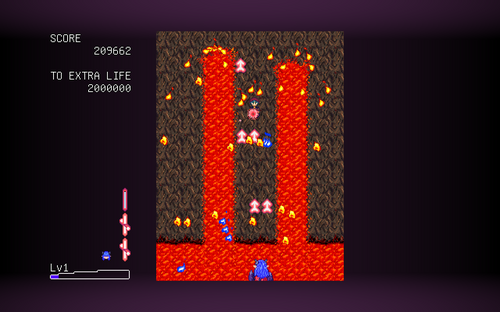 Highlights are the new difficulty setting (Normal or Hard) and improved stages 4 (underground lab) and 5 (highway). Although I was hoping to get to work on stage 6 (capital city), it’s about time for a new version. Unfortunately, the caravan stage is quite broken and has been disabled for this release.